It has been such a great pleasure this week allowing myself the time to read the first seven poems in the book and I hope that other people have also been able to make a start on Loop of Jade. I should put in a disclaimer at this point and explain that I am a poetry enthusiast and practising poet not a professor of English so I’m going to give you my personal reactions to the poems rather than textual analysis. At the end of the Readalong we’ll look at what other reviewers have said about the book but for now let’s concentrate on the first group of poems. 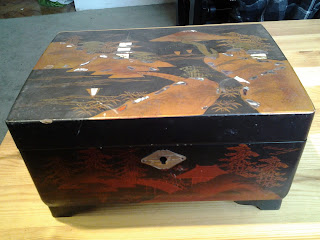 Mother’s Jewellery Boxfeels like a perfect poem with which to open this collection. It hints at the treasures to come, the silver chains, carnelians, her amber ring. I particularly liked the stanza in which the poet begins to examine the relationship with the mother by gauging the weight of the amber ring. 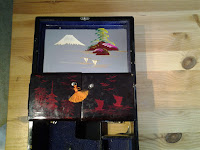 Crossing from Guangdong is so much more than the travelogue poem that it might seem at first, although it has specific details which bring the place alive.
It is about a search for your roots
“Something sets us looking for a place“
but having trouble finding it. The word strange occurs twice in the first two pages of this poem. And yet the writer is recognised by the waitress in Beijing and the old woman on the bus, who could have been her grandmother.
The next two poems Start with Weather and (a) Belonging to emperor are in couplets and the latter is the first in a series of poems inspired by the animals alleged to be in a Chinese encyclodepia.
(b) Embalmed made me think of the terracotta warriors except that the animals in this poem seemed to have been entombed as living creatures. It includes a history lesson about the fate of the first emperor.
After Earthward comes (c) Tame which could be based on a folk story but has more recent resonances about how unfortunate it is to have  a daughter or indeed to be born female.
“He called her Mei Ming: No Name. She never learned to speak. Her life
maimed by her father’s sorrow.”
Our final poem for this week is the title poem in the book, Loop of Jade, which returns to the mother’s story, told after dark
when the men are asleep, I think she believes it’s someone else’s turn to listen.