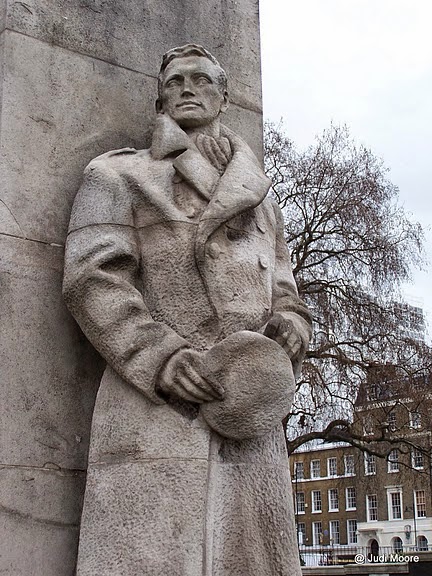 The merchant navy memorial at Tower Hill is  a melancholy place to go to. My visits always seem to coincide with dusk…
‘And each slow dusk a drawing–down of blinds’ as Owen put it and the light was dying last Friday as a friend and I walked around the memorial garden. The plaques are arranged in order by ship and there are men who I make a habit of visiting to pay my respects. The first, young Peter Chamberlain was little more than a boy, aged nineteen and on his first voyage on the SS Cornwall. He was in the radio room and was killed on 31st August 1940 when the ship was straddled by bombs. 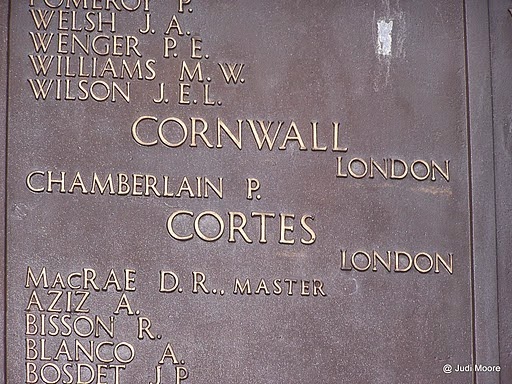 Thanks to the seamanship of her master, Francis Pretty the Cornwall did make it to Malta.
Francis Pretty then became captain of the Nottingham whilst the badly damaged Cornwall was awaiting repairs. The Nottingham was lost with all hands in the Atlantic on 7th November 1941. So Pretty’s name is on the walls too not far from Chamberlain’s. 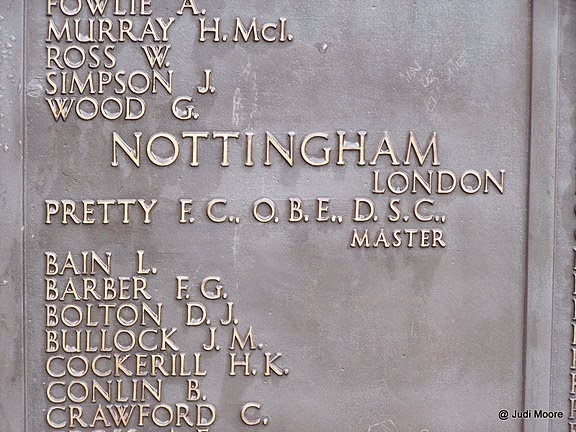 Last Friday we also paid our respects to some the ships lost during Operation Pedestal in August 1942. There is the MV Glenorchy whose crew did manage to take to the lifeboats, apart from those who had already been killed. Glenorchy’s captain G Leslie refused to leave his ship and went down with her.
Then there was the Waimarama which like all the other ships in the convoy was carrying aviation fuel which exploded when she was hit.
“The biggest explosion I have ever seen. The flames were hundreds of feet high and agreat expanse of sea was covered in roiling smoke and flames” Roger Hill, H.M. S. Ledbury
There would be more names on the plaque under Waimarama had Roger Hill and his crew not braved the inferno to rescue as many as they could. But among the names of the dead is that of Bowdory, a man in his sixties who had joined up because his sons were serving in the armed forces and he wanted to play his part. He’d befriended the young Fred Treves but there was nothing Treves could do to save Bowdory who could not swim when the raft he was on was dragged back in the flames. You can find an interview with Treves as a much older man on youtube recounting what happened and weeping.
The Lusitana is there too. She went down with 1,153 passengers and crew off Kinsale on 7th May 1915.
So the Tower Hill memorial is a place of great sadness but as important as many of the other better known memorials, like the Cenotaph. These seamen have no graves except for this sea and this at least is somewhere to remember them.
I often wish that the powers that be could spare the funds to set up a visitor’s centre or similar, to provide those who pass by with more information about these ships and these men.

2 Replies on “The seamen at Tower Hill”